Escaping the Slavery of Selfish Ambition 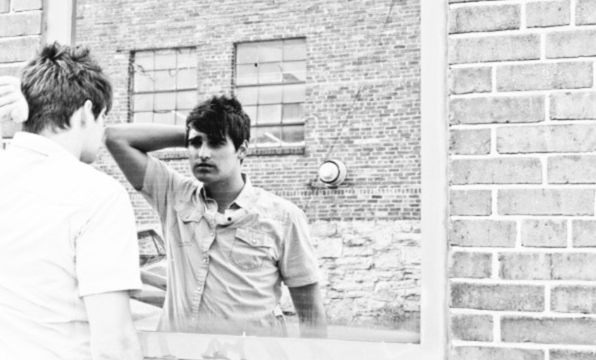 Selfish ambition is a sin that always seems to be “crouching at the door” (Genesis 4:7).
It contaminates our motives for doing just about anything.
It shows up even in the most holy moments, like it did for Jesus’s disciples in Luke’s account of the Last Supper (Luke 22:14–30).
But in that account we also see how Jesus frees us from the suicidal slavery of selfish ambition.

Jesus’s final meal before the cross was perhaps the most ironic time for the Twelve to debate over which of them was the greatest.

The greatest human being who would ever walk the earth, the Founder and Perfecter of their faith (Hebrews 12:2), was reclining at the table with them.
He was the only one in the room without sin (Hebrews 4:15).
He was the only one there who always did what was pleasing to the Father (John 8:29).

This Person had just led the Twelve through the last Passover meal before his death — the death that would be the propitiating sacrifice for their sins (Romans 3:25).
And he had just instituted the new Passover meal, which they and all future disciples were to observe regularly until he returned so that they would always remember that their sins were forgiven only through the substitutionary, atoning death of the true Passover Lamb (Acts 10:43).

This was no time for any disciple to assert his own greatness, except the greatness of his sin.

Even more ironic is what ignited the debate.

Jesus had just revealed that one of them that very night would willingly participate in the most spectacular sin in history: the slaughter of the Son of God.
And yet somehow the introspection and inquiry that followed ended up in a competition over who was greatest (Luke 22:24).

It was a moment that displayed the terrifying blinding power of pride in sinful people.
How quickly the moon of selfish ambition eclipses the Sun of Righteousness (Malachi 4:2).

Jesus was about to die for their sins.
One of them was about to betray him to that death.
Their response to such horror and glory should have been mourning, repentance, and worship.
But instead each disciple was suddenly and absurdly preoccupied with his own place of prominence in God’s plan of salvation.

Grace to Change Their Gaze

But what grace Jesus displayed in this moment.
This sin too would be paid in full.
Therefore, Jesus did not condemn his disciples for thinking far too highly of themselves at the worst possible time (Romans 12:3).

Instead, Jesus mercifully drew their gaze off of themselves and back to him:

The kings of the Gentiles exercise lordship over them, and those in authority over them are called benefactors.

But not so with you.

Rather, let the greatest among you become as the youngest, and the leader as one who serves.

For who is the greater, one who reclines at table or one who serves?

Is it not the one who reclines at table?

But I am among you as the one who serves.

God was so merciful to move Luke to include this account of the disciples’ sin, because we too are frequently tempted to sin in this way, even in the most sacred moments.

The secret to freedom from slavery to selfish ambition is to keep looking to Jesus.
When our focus is on ourselves and each other we begin to compare and compete, which leads us into a black hole of demonic evil (James 3:14–15).
But looking to Jesus reminds us that we have nothing that we haven’t received through him (1 Corinthians 4:7).
Past and future, world without end, all is God’s grace toward us in Christ.
Looking to Jesus reminds us that loving and serving each other just as Jesus has loved and served us is the path to full joy (John 15:11–12).

We will have to fight against selfish ambition as long as we live in this fallen state because it’s right at the core of our fallen nature.
Our sinful desire to be like God (Genesis 3:5) and pursue others’ worship.
We don’t need to feign shock when we see it in ourselves (as if we’re surprised that we’re selfish!) and, like Jesus, we should be patient when we see it in others.

Looking away from ourselves to Jesus is the key to walking in joyful freedom from selfish ambition.

Because God designed us to be satisfied with Jesus’s glory, not our own.