12 Questions to Ask Before You Watch ‘Game of Thrones’ 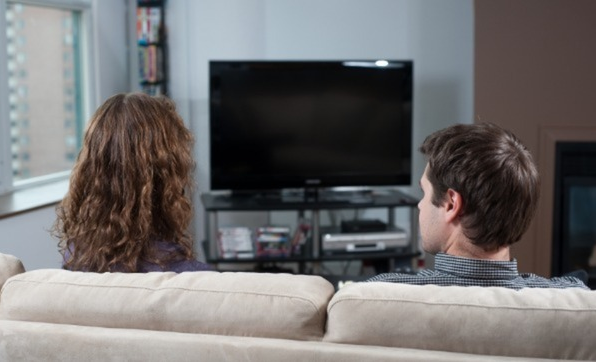 The closer I get to death and meeting Jesus personally face to face, and giving an account for my life and for the careless words that I have spoken (Matthew 12:36), the more sure I am of my resolve never intentionally to look at a television show or a movie or a website or a magazine where I know I will see photos or films of nudity. Never. That is my resolve. And the closer I get to death, the better I feel about that, and the more committed I become.

Frankly, I want to invite all Christians to join me in this pursuit of greater purity of heart and mind. In our day, when entertainment media is virtually the lingua franca [common language] of the world, this is an invitation to be an alien. And I believe with all my heart that what the world needs is radically bold, sacrificially loving, God-besotted, “freaks” and aliens. In other words, I am inviting you to say no to the world for the sake of the world.

The world does not need more cool, hip, culturally savvy, irrelevant copies of itself. That is a hoax that has duped thousands of young Christians. They think they have to be hip, cool, savvy, culturally aware, watching everything in order not to be freakish. And that is undoing them morally and undoing their witness.

So here are 12 questions to think about, or 12 reasons why I am committed to a radical abstention from anything I know is going to present me with nudity.


Christ died to purify his people. It is an absolute travesty of the cross to treat it as though Jesus died only to forgive us for the sin of watching nudity, and not to purify us for the power not to watch it.
He has blood-bought power in his cross. He died to make us pure. He “gave himself for us to redeem us from all lawlessness and to purify for himself a people for his own possession” (Titus 2:14). If we choose to endorse or embrace or enjoy or pursue impurity, we take a spear and ram it into Jesus’s side every time we do. He suffered to set us free from impurity.

2. Does It Express or Advance My Holiness?

In the Bible, from beginning to end, there is a radical call for holiness — holiness of mind and heart and life. “As he who called you is holy, you also be holy in all your conduct” (1 Peter 1:15). Or 2 Corinthians 7:1, “Since we have these promises, beloved, let us cleanse ourselves from every defilement of body and spirit, bringing holiness to completion in the fear of God.” Nudity in movies and photos is not holy and does not advance our holiness. It is unholy and impure.


Jesus said everyone who looks at a woman with lustful intent has already committed adultery with her in his heart. If your right eye causes you to sin, tear it out and throw it away (Matthew 5:28–29). Seeing naked women — or seeing naked men — causes a man or woman to sin with their minds and their desires, and often with their bodies. If Jesus told us to guard our hearts by gouging out our eyes to prevent lust, how much more would he say: “Don’t watch it!”

4. Is It Not Satisfying to Think on What Is Honorable?


I want to see and know God as fully as possible in this life and the next. Watching nudity is a huge hindrance to that pursuit. “Blessed are the pure in heart, for they shall see God” (Matthew 5:8). The defilement of the mind and heart by watching nudity dulls the heart’s ability to see and enjoy God. I dare anyone to watch nudity and turn straight to God and give him thanks and enjoy him more because of what you just experienced.

6. Do I Care About the Souls of the Nudes?


God calls women to adorn themselves in respectable apparel with modesty and self-control (1 Timothy 2:9). When we pursue or receive or embrace nudity in our entertainment, we are implicitly endorsing the sin of the women who sell themselves to this way and are, therefore, uncaring about their souls. They disobey 1 Timothy 2:9, and we say that’s okay.

7. Would I Be Glad If My Daughter Played This Role?


Most Christians are hypocrites in watching nudity because, on the one hand they say by their watching that this is okay, and on the other hand they know deep down they would not want their daughter or their wife or their girlfriend to be playing this role. That is hypocrisy.

8. Am I Assuming Nudity Can Be Faked?

9. Am I Compromising the Beauty of Sex?


Sexual relations is a beautiful thing. God created it and pronounced it “good” (1 Timothy 4:3). But it is not a spectator sport. It is a holy joy that is sacred in its secure place of tender love. Men and women who want to be watched in their nudity are in the category with exhibitionists who pull down their pants at the top of escalators.

10. Am I Assuming Nudity Is Necessary for Good Art?


There is no great film or television series that needs nudity to add to its greatness. No. There isn’t. There are creative ways to be true to reality without turning sex into a spectator’s sport and without putting actors and actresses in morally compromised situations on the set.
It is not artistic integrity that is driving nudity on the screen. Underneath all of this is male sexual appetite driving this business, and following from that is peer pressure in the industry and the desire for ratings that sell. It is not art that puts nudity in film, it’s the appeal of prurience. It sells.

11. Am I Craving Acceptance?


Christians do not watch nudity with a view to maximizing holiness. That is not what keeps them coming back to the shows. They know deep down that these television shows or these movies are shot through with the commendation and exaltation of attitudes and actions that are utterly out of step with the death to self and out of step with exaltation of Christ.
No, what keeps those Christians coming back is the fear that if they take Christ at his word and make holiness as serious as I am saying it is, they would have to stop seeing so many television shows and so many movies, and they would be viewed as freakish. And that today is the worst evil of all. To be seen as freakish is a much greater evil than to be unholy.


There is one biblical guideline that makes life very simple: “But whoever has doubts is condemned if he eats, because the eating is not from faith. For whatever does not proceed from faith is sin” (Romans 14:32). My paraphrase: If you doubt, don’t. That would alter the viewing habits of millions, and oh how sweetly they would sleep with their conscience.
So I say it again. Join me in the pursuit of the kind of purity that sees God, and knows the fullness of joy in his presence and the everlasting pleasure at his right hand.

The Ask Pastor John podcast is a series of short conversations released every weekday at 7am (CST) via the DesiringGod.org homepage and our Facebook and Twitter feeds. You can tune in to the new episodes through the Ask Pastor John app for the iPhone and Android devices.