The Antidepressant of Wonder 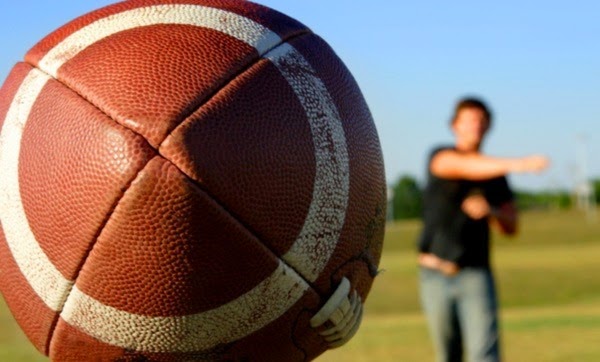 Living in this world tends to make us feel thin.
We feel, with Bilbo Baggins, “like butter scraped over too much bread.”
Another beheading, another disease epidemic, another leader’s adultery exposed, another day struggling within and without against unrelenting evil.
We feel world-weary.

But it’s not really the world we’re weary of; we’re futility-weary, evil-weary.
We’re weary of the curse under which we groan in hope (Romans 8:20).
But the world is not only infused with futility, it is also infused with glorious wonders that, if we will look, direct our attention away from evil to the God of hope (Romans 15:13) — who made the world (John 1:3), who rules it (Philippians 2:11), and who is redeeming it (Romans 8:21).
Yes, evil must be faced and fought.
But if the devil can, he will keep us focused on evil to tempt us to succumb to all kinds of evil ourselves and drive us into depressive neuroses that make us feel thin on hope and long to escape.

But all around us reality is dense with wonders, layer upon layer.
These are antidepressants that God has provided in abundance, surrounding us on every side, and they are there for the taking, even in the most mundane things.
Let me give you an example.

Seeing the Phenomenal with a Football

Autumn is descending on America.
And when autumn comes, it brings football (the American variety where a foot rarely touches the ball).
On most afternoons in most neighborhoods after school’s let out you will find in some yard or field a couple boys tossing a football (with their hands).
Next time you see this, stop and watch for a few minutes.
If you really look you will see wonders.

In fact, all the glory converging upon you in that moment might be overwhelming!
There may be a breeze carrying scents of an evening meal sizzling on a grill, the light from a nearby star giving the leaf gold of deciduous trees turning dormant a molten glow as it drops toward the edge of this spinning ball on which you live, the green life bursting from the ground beneath boys’ pounding feet, the miracle of human laughter and language.
And the mind-blowing phenomenon of a football being thrown — and caught!
Let’s just think about that for a moment.

“If you really look you will see wonders.”

As you watch these two, say, 11 year-old athletes play, you’re also watching them perform very advanced mathematics and physics equations.
You hear the boy holding the ball say to the other, “Run a post!”
The other takes off at full sprint for about ten yards, then angles to his left and looks over his left shoulder.
Meanwhile, the boy with the ball drops back three or four steps while watching his receiver, stops, cocks his right arm, steps forward and heaves the ball into the air.
The ball travels about 18 yards.
It’s a decent spiral but it’s a little high and ahead of his target.
So the receiver increases his speed, jumps off his left foot, stretches out his right arm, tips the ball into the air with his right hand, lands on his feet off-balance while twisting to his right, still adjusting his speed, and catches the ball with both hands while falling onto the green life that cushions him and rolls over a couple times while maintaining possession.
You can’t help yourself shout, “Nice catch!”

Nice catch, indeed!
And so much more!
It is also incredibly good math — for both boys!
The first boy, in about three seconds, calculated distance, velocity, thrust, and trajectory in order to hit a moving target.
His calculations were very close.
The second boy, in about two seconds, calculated the velocity and trajectory of the approaching object, made split-second recalculations to his original estimate, adjusted his speed, height, and extension and then recalculated again, adding a right-hand rotation, a grasp, a tuck, and a roll.

How did they do that?
If you were to work out on paper the equations that took these boys five seconds to complete, how long would it take you?
Could you do it at all?
I couldn’t.
Neither could these boys.
But they did it in their heads nonetheless, all the while imagining themselves as Peyton Manning and Wes Welker.

Or ponder it in a whole different light.
What was happening anatomically to make those movements possible?
Or muse on the marvel of the human hand.
Or contemplate the complex consciousness that processes such math and such imagination at the same time.

Now draw those wonders up into the question, Who made that mind or those members or that math?
Take a deep breath, dive into ocean of wonder right where you are and explore new depths of Psalm 92:5–6:

How great are your works, O Lord! Your thoughts are very deep! The stupid man cannot know; the fool cannot understand this.

Read the whole of Psalm 92 and listen to the psalmist glean spiritual truths from natural phenomena.

“God created the heavens and the earth” (Genesis 1:1).


And he gave it to us, not to ignore but to imbibe.
Even in its fallen state the world pulses with hopeful health.

“God’s world is full of wonders and these are wonderful antidepressants.”

So if you’re feeling thin, if that depressive burden of curse-weariness is weighing on you, don’t turn on the TV or pop in a DVD.

Rarely will you ever find soul-reviving wonder there.

Take your Bible, a tablet, and pen and go for a walk or sit somewhere and watch.

Maybe look for a couple of boys throwing a football.

Watch deeply and prove the truth that G.K. Chesterton wrote,


There is no such thing on earth as an uninteresting subject; the only thing that can exist is an uninterested person. (Heretics, opening sentence of Chapter 3)

God’s world is full of wonders and these are wonderful antidepressants.

Biblical wonder does not deny the horrors of the world.